Should you Play Elden Ring? A Few Reasons to Consider

Emmeline Moody August 2, 2022 Gaming Comments Off on Should you Play Elden Ring? A Few Reasons to Consider

Elden Ring is a highly-acclaimed and the most hyped action RPG at the time of writing. Considering its vast, open world, the fluent combat system, and an infinite number of play styles, the answer to the question in the title becomes obvious. However, I understand your concerns since it’s one of Fromsoftware’s games. Those are known for their difficulty and enemies so challenging that you must memorize their animations first. Elden Ring isn’t very different in this regard, so you’ll have to prepare yourself to die constantly.

Nevertheless, some key differences between Elden Ring and other Souls games are worth pointing out. It turns out that Elden Ring is the most accessible soulsborne game out of them all. To dispel the fears regarding Fromsoftware games, here are a few reasons why you SHOULD play Elden Ring.

What is Elden Ring?

If you’ve never played previous games made by From Software, it’s best to make a short introduction. Elden Ring is an action RPG where you traverse a massive, dark fantasy open world – the exploration aspect is very similar to Elder Scrolls V: Skyrim or Legend of Zelda: Breath of the Wild. The world is filled with strange creatures and animals, even scarier than those from Witcher 3.

Exploration is definitely the strongest point of Elden Ring since you’ll encounter a lot of fantasy weapons by simply wandering around and looking under every nook and cranny. It means you can start playing at your own pace or immediately speedrun for the strongest weapons in the game if you know where to look for them. Also, you don’t have to traverse the vast world of Lands Between on foot – there’s a magical horse that will let you escape from a difficult boss or access previously unavailable places due to its double jump.

One of the first things you can hear about Elden Ring is that its combat is unforgiving and not beginner-friendly. If you’re completely green in this regard and never played Dark Souls, Demon’s Souls, or any other “souls game,” then you’re right – it’s difficult. However, it can be extremely rewarding at the same time and give you enough fuel to push forward. However, there’s much more to it than just combat and exploration. Let’s dive a little deeper, shall we?

The Devil is not so black as he is painted! Despite its steep learning curve, Elden Ring is considerably more approachable than previous From Software Games. Here are a few reasons why Elden Ring is considered one of the best games in at least a decade and why I recommend it to almost anyone. Those tips are also viable when starting a new game.

1. You Can Experiment with Builds

Elden Ring incorporates way more combat mechanics than its predecessor. In Dark Souls, you were forced to go the melee route since 90% of weapons in the game are swords, axes, halberds, etc. Here, you have three diverse paths of magic, which opens up completely different playstyles than in previous games. What’s more, you have unlimited access to redistribute your skill points after reaching level 50 if you’re tired of your current build. Considering how big Elden Ring is, getting to that point won’t take long, but long enough to see if you’re satisfied with your current build.

2. Save Points Are Close to Each Other

Before Elden Ring, you had to go through an entire section of enemies to find another bonfire to lit and save your progress. And when you died earlier, you didn’t only lose your precious souls (unless you go back to your corpse), but all enemies you defeated until this point were respawned. That solution made me feel like I was standing in place, not making progress at all. And I’m not talking about a saving system in general, but those massive distances between each bonfire.

In Elden Ring, saving points are relatively close to each other, so you don’t have to repeat an entire section if something goes wrong. And thanks to the game’s open world structure, you can simply go somewhere else if the current area is too difficult for you and come back when you’re ready.

3. You Can Practice Combat in the Cave of Knowledge

As I’ve mentioned earlier, combat in Elden Ring is quite difficult at first, but developers are giving us a handicap this time. Cave of Knowledge is a brief combat tutorial area where you will learn the basics of combat. It’s one of the starting areas, so there’s no way you’ll miss it. Here, you will learn the defensive maneuvers of blocking, rolling, guard counters, and when to attack. The earlier you’ll learn these skills, the better. Instead of struggling to defeat one boss, you’ll eventually know how to develop an advantage and beat him. And since there are so many checkpoints, you can always try again immediately.

Character customization is strongly related to combat. I’ve already mentioned how you can experiment with different builds but didn’t cover how it’s related to your equipment. Every weapon behaves differently and benefits from a particular skill. You’ll also have to consider the weight limit since equipping too heavy armor set with a giant weapon will slow you significantly. It’s wise to switch between different weapons and armor for a perfect fit for every situation. It’s not easy to be versatile when playing for the first time, but that magic defense armor in your inventory might come in handy when taking on foes with spells.

Like in almost every action RPG, you can easily farm up and develop your skills and prepare for difficult dungeons and bosses. Overleveling your character is the easiest way to complete difficult areas without breaking a sweat. In Dark Souls, every area was a challenge, and the only way to succeed was never to make mistakes close to 100% of the time. It’s quite easy to find clusters of low enemies to farm for a few levels, so if you ever felt stuck and couldn’t progress further, farming is the way to go. There are plenty of guides on YouTube for the best spots on the map to give your character big boosts.

Pro tip: Invest in Vigor/Health as a new player.

It would be a crime not to write about lore and storyline since it was written with the assistance of George R.R. Martin himself. The story is about a mythical Elden Ring that was shattered into seven Great Runes by Queen Marika. Those were given to each of the queen’s demi-gods, who eventually started a war between each other to claim the rest of them.

You play as one of the Tarnished, an individual who was banished from the Lands Between. However, due to the ongoing war, you can finally return to your homeland. Maybe you’ll be the one to bring peace to the Lands Between? It’s worth pointing out that Elden Ring’s story isn’t directly connected to From Software’s other games, so you won’t miss out on anything. There are a lot of not-so-obvious details to discover and many interesting characters to meet, and it’s enough reason for engaging gameplay.

Attractive pricing is also one of the reasons why you should pick Elden Ring. The official prices are hovering around $50, but there’s a legitimate way to get it for even half the price. You can buy Elden Ring from sellers that buy product keys in bulk. This way, they can sell those keys for discounted prices and still profit from them.

One of those sellers is RoyalCDKeys which sells Elden Ring ARG Xbox Live Key for $23. However, you have to live in Argentina or use a VPN to get such a discount. It’s also worth checking sites like Amazon, BestBuy, or eBay for discounts.

Why Is Elden Ring So Popular?

Those seven reasons to play Elden Ring explained above are enough to justify its popularity. However, most importantly, it’s been developed by some of the most talented people in the industry. The graphics are also stunning, and the level design is probably the best you can find in the market. The gameplay is also extremely satisfying and not as hard as its predecessors. There’s hardly any downside to this game except a few minor bugs that you might encounter. Hope to see you in the Lands Between! 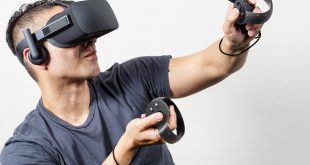 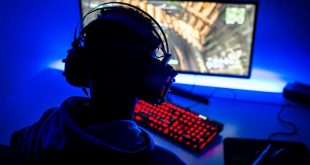 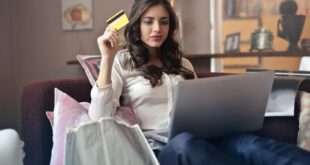 Tips and Tricks to Drive Traffic to your eCommerce Store

Since customers across the globe are adopting online shopping sites, eCommerce is increasingly growing in …