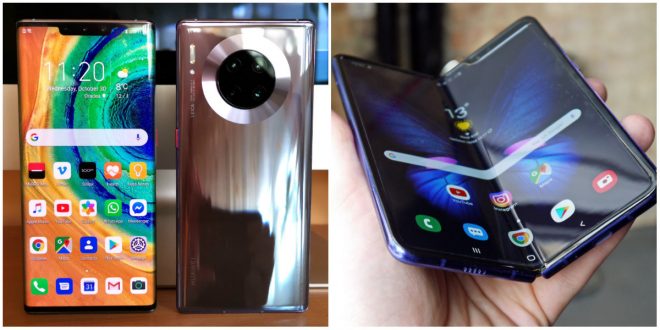 What Are the Most Expensive Phones in 2020

Martina Starnes January 2, 2020 Technology Comments Off on What Are the Most Expensive Phones in 2020

We are living in the era of smartphones. We use it for a variety of purposes. For business needs, watching Youtube, Netflix, for social networks, GPS, etc. The camera is also one of the main things because if you are not a professional photographer, you will not need a better camera than the one on your phone. Of course, we also use the smartphone for the basic features which is why the mobile phone was invented, like phone calls and messages, but it goes without saying.

There are so many manufacturers and models, that you will probably have a problem to choose once you decide to buy a new one. Today we will present you the most expensive models for 2020, but in the world of smartphones it means the best.

But before we get into specific models, let’s look into the most important components of each device that, along with the brand, dictate the price of the product.

You spend most of your time looking at the screen when using your phone. For this reason, we advise you to make sure that you are taking a phone with a good quality screen and a large enough. What the quality screen does is primarily resolution, PPI, colors and type (Amoled, Retina, IPS).

We’re not saying Retina or IPS may not be good screens, but again SuperHD Amoled comes first in our list. Also check out how much PPI is so that anything under 400 is not enough for fans of a good screen. Protection is also important because you don’t want your screen to be worn out, so Corning Gorilla Glass 4 or better is a great choice.

This component is not crucial but it is as important as any other. When choosing a phone that has a solid processor, the most important thing is whether the CPU is single-core, dual-core, quad-core, octa-core. It is always best to opt for a Snapdragon variant over the cheap and not so efficient MTK chipset.

Not many people know the difference between RAM and ROM, but now we will clarify it. 4GB of RAM is quite enough for the fluid operation of the phone and there is not much discussion about the manufacturer.

While ROM or storage memory for applications is very important. Many phones have the ability to expand storage memory with a MicroSD card and users think that this solves their problem. On the contrary, applications cannot be fully installed on MicroSD so it is important that you have enough internal memory to serve the applications. For today’s applications and updates, you need at least 32GB of memory.

To the average user, the camera may be the most important when buying. If so, my advice is to not just look at how many megapixels there are. Megapixels are essentially the image size that the camera captures when shooting. Image sharpness and quality depend on the sensors, lenses and stabilizers the camera has.

If you are not familiar with these features, we suggest that you check the test image of the model you are interested in before buying your phone online and determine if you are satisfied with the camera. We think this is more useful advice than telling you how important it is for the camera to have a digital stabilizer, good “f-number” response and more.

And now about the models…

The price of over 2000 euros is justified because the Galaxy Fold has the world’s first 7.3-inch Infinity Flex display, which folds into a compact device and offers new multitasking, video watching, gaming and other options that will complement this unique user experience.

Although initially there were problems with the screen, it was all successfully resolved and what you are most likely to be interested in – yes, the place where screen folds is visible! Not as damage, but as a predefined path along which the screen overlaps. It is there for a reason and is made for the sake of longevity. There is no change of colors or anything else when the phone opens in that place, which is certainly visible at only certain angles.

Up to three applications can be viewed at the same time, by placing two minor ones on the left or right side, one below the other, and the main application is the primary one and is displayed on most of the screen.

The chipset is a Snapdragon 855, 12GB ram and 512gb memory. Three rear and two selfie cameras, stereo speakers enhanced by Dolby Atmos technology, as well as a battery of over 4000 mAH with wireless charging option. All this make this phone a real beast.

This list would by no means be possible without the world’s most famous manufacturer, Apple. The new generation of iPhone phones is 11. As usual, three models have been launched. The 11 Pro Max is the best and most expensive of the three, with a starting price over $ 1100. Software reliability is what Apple is most proud of and the reason why it has so many customers worldwide. It has a Super Retina OLED screen, the same size as last year’s models, but consumes 15% less battery. The processor is an Apple A13 bionic, which is still faster than the A12. It can process several billion operations per second. The iPhone’s camera is a great example of what we have already mentioned, that the number of megapixels is nowhere near crucial to the quality of photos and videos, which are always fantastic on Apple devices.

Although all the phones on this list are very expensive, you won’t regret buying them, and you can always save with coupons that you can find all over the Internet, and for more information, click here

Although Huawei is under sanctions, this has not stopped them from launching another fantastic phone. Google apps are currently missing, but everything else is top notch. A camera that has proven its quality with the P30 Pro model, then an extremely fast processor and one of the best batteries on the market. It’s priced just under $ 1,000, and there’s the Prosche Design variant, which is even more expensive.

The Note series has set standard since the first model. That hasn’t changed with the 10 Series either. It has all the features currently available, and the more expensive version even supports the latest 5G network. Regular model is around 1000 $, while 5G model se up to 1300 $.

We have presented 4 prime models, and certainly worth mentioning in that price range are Google Pixel, OnePlus, Sony Xperia, etc, as well as many models of Apple, Samsung and Huawei.

What we’re used to is that already in the first quarter of 2020, all manufacturers will start launching new flagship models. This is an industry where something is changing every couple of months, and so does the price, which we hope will not continue to grow.

Previous What Do You Need to Know About Exchange Spam Filters?
Next 8 Surprising Celeb Bitcoiners