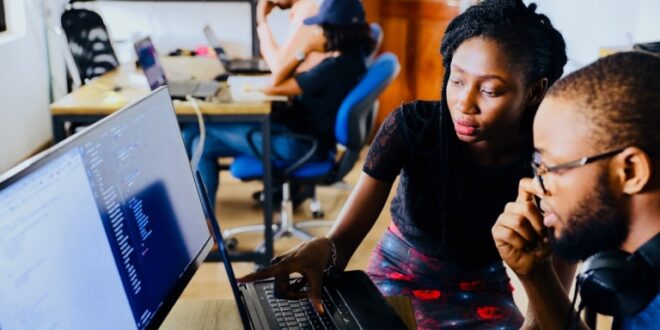 Justin Wisdom May 31, 2021 Technology Comments Off on 6 Signs Your Business Desperately Needs Better IT Support

Regardless of what it is that you do, a lot of your business relies heavily on technology. Many may not realize it, but, IT support and cybersecurity are one of the most important aspects of any company nowadays. One of the most common misconceptions that business owners have is that they can get by without proper support and that the only thing they need is antivirus software running on all office computers. Well, even if your only concern were viruses, that statement couldn’t be farther away from the truth. Now, if you don’t want to suffer gigantic, life-altering losses of data or some other crippling IT issues, you may want to think about getting an IT consultant or a support team. If you’re not quite sure whether you need one, stick with us for a few more moments and if any of the following sings sound a little too familiar – you need it.

If you’re experiencing downtime frequently, you’re probably not satisfied with your business. And why would you? Downtime is the archenemy of progress. When it comes to modern businesses, downtime not only kills productivity, it eats up the company from the inside out. We’re not saying downtime can’t happen, it happens even to the best of them, but if it happens all too often – it’s time to hire an IT support team. There could be a number of reasons that are causing the frequent downtimes and unless you put a team of IT experts behind it, you may never fix the underlying issues. A reliable IT support team should be able to fix this issue in little to no time.

Your only cybersecurity measure is antivirus software

As we’ve said in the beginning, antivirus software is pretty much useless in the work environment. Antivirus databases can only protect you so much. They act like vaccines in a way. To put it simply, antivirus software can only protect you from a known virus, the one that has already been dealt with, so that if you come in contact with it, the software picks up on it and deals with it. However, new computer viruses are programmed each day and by the time the antivirus software database is updated, you could be saying goodbye to your precious data. On the other hand, with a team of experts on your side, viruses shouldn’t pose a major issue. While you still shouldn’t click on links in your Spam folder, an IT support team would set up additional security measures that would protect your data even if your tech gets infected with malware.

You believe that your business can’t get hacked

Cybercrime is a real thing. Whether you want to accept it or not – everyone can become a target of a cybersecurity attack. What people often get wrong is that there are “insignificant targets” and “unhackable security systems”. None of those are true. First of all, there is no such thing as an insignificant target. Anyone can get hacked and that’s a fact. According to CM IT Solutions, small businesses are much often targeted than large ones. You want to know why? Well, simply because a large business has grown large because they understood the importance of IT support and cybersecurity and have already invested in it. On the other hand, small businesses often believe that they’re too small or insignificant to ever fall under attack, so they don’t invest in cybersecurity and they don’t hire an IT support team and that is why they’re targeted more often. Furthermore, being overly confident in your security is also what makes you vulnerable. There is no such thing as an unhackable system. Multi-billion dollar companies have been hacked a number of times in the past, so, what makes you think that you can’t be?

You don’t have a backup plan

We’re certain that you have a backup plan in case your business venture doesn’t succeed, but, do you have a backup for all of your data? If the answer is no – stop what you’re doing and get right on it. Over 5 million hard drives crash every year in the United States alone and if don’t think that’s alarming we don’t know what is. What’s even worse is that the HDDs and SSDs have gotten so much better over the years that most small business can rely on a single server rack to store all of their data, especially if they don’t deal with large files. Even though that is great, especially since storage drives aren’t getting cheaper, a server crash or a disk failure could cost you your business. All of your data could be gone in a fraction of a second and if you don’t have a backup – that could be the blow you won’t be able to overcome. Therefore, if you don’t have a backup for your data – get in touch with a support team and let them set it up for you.

You’re thinking of upgrading your tech

Let’s put a pause on cybersecurity for a moment and talk about something a little bit brighter – upgrading your tech. If you’ve decided that it is time to get rid of the outdated technology to make space for the new one – you probably need an IT support team. Consider the fact that some of the employees might not be familiar with some of the latest tech, so they’ll need guidance and counselling. Also, some advanced tech could be a bit harder to set up and even if you’re a tech-wiz, you’ll still need a few pair of hands to set it all up quickly. Finally, you may just need some counselling when it comes to the upgrades themselves and who better to turn to for a piece of tech advice than an IT expert?

Your business is growing

As your business is expanding, your focus is shifted towards many different things. You have to think about growing your team, hiring new employees, finding new office space, administration, financials and so much more. Now, you wouldn’t take all of these responsibilities all by yourself, now would you? No, you’d delegate them to someone that knows what they’re doing. Now, we understand that IT solutions aren’t the first thing on your mind when you’re growing your business, but then again, they have to be. The bigger your company becomes and the more successful your business becomes – the more complex your IT infrastructure becomes. That alone should be a reason enough to get yourself some IT support.

As you can see, an IT support team is a much more valuable asset than you might think. They’ll help you protect your data, grow your business and do millions of other things that you might not even know about. On that note, if you notice any of the aforementioned signs – it might be time to start thinking about investing in an IT support team.

Previous What is Agile Methodology in Consulting?
Next 9 Ways To Protect Your Small Business From a Cyber Attack 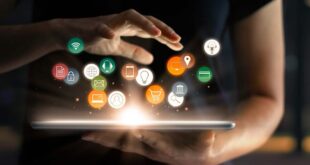 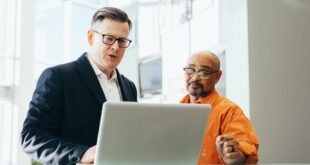 Top 6 Business Tech Mistakes you Need to Avoid in 2022