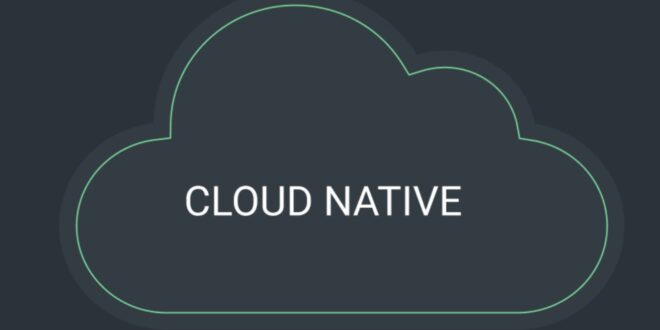 Margharita Evanom March 8, 2021 Business, Technology Comments Off on 7 Reasons Why the Future of Business Success Relies on Adopting a Cloud-Native Approach

Becoming Cloud-native has been one of the hottest topics in software development for a while now. Some developers call it hype that will lose momentum after a while and vanish. To others, cloud-native is the future of software development. Cloud-native is a term used to describe container-based environments. You can use cloud-native technology to create applications built with services packaged in containers, deployed as microservices and overseen on a flexible framework through flexible DevOps processes and continuous delivery workflows.

Adopting new promising technology places you strategically ahead of your competitors but equally important is understanding some of the terms associated with the new development. Here are some of the jargon embedded in the cloud-native scene.

Containers’ basic concept is to load the program in an executable package, e.g. Java VM, an application server, and an application itself with everything you need to execute it. The contained application is launched and isolated from the environment in a virtualised environment.

Deploying your application with all dependencies into a container is just the first step. It resolves previous implementation issues, but you face new obstacles if you ultimately benefit from a cloud platform.

It is not that easy to start additional application nodes or shut down depending on your system’s current load. You have to;

You need to have the right tools that automatically do all of this because doing all of that manually requires a lot of effort and would be too slow to react to unexpected changes in system load.

The general concept of this architectural style is to implement multiple, relatively small system of applications. These systems are known as microservices. They work together to provide the system with its overall functionality. Each microservice has only one specific feature, a well-defined boundary and an API, and a relatively small team develops and operates it.

The microservices framework is beneficial because;

Cloud-native development practices provide companies with the opportunity, if needed, to innovate fast, to scale up and down rapidly and to achieve efficiencies in the development process, regardless of the cost of resources or work and time. Here is a more detailed breakdown of why it is essential to adopt cloud-native infrastructure.

Modern cloud-native concepts emphasise security consciousness. The technology recognises the need to protect data, and so data breaches will not threaten your core data systems even though hosted on public cloud infrastructure.

You can personalise data management in private cloud networks as you develop cloud-native enterprise applications. Besides, it helps you to move data from several cloud systems in your cloud environment.

Cloud-native technology enables developers to build applications with a mobile-first mindset. Thereby enhancing the user experience as frequent updates and improvements can be rolled out quickly. There is a lot of emphasis on customer service these days, and being able to respond and adapt to user feedback is crucial.

Users would be able to access the services they like, need, and expect sooner rather than later if these improvements are implemented as quickly as possible.

These updates can be carried out to a small number of users at a time, allowing any glitches or errors to be easily fixed based on user feedback without disrupting the app’s full functionality for all users.

Containers make it simple to operate and secure applications regardless of their underlying infrastructure. For the management of these containers at scale, the industry is now revolving around Kubernetes.

Kubernetes, as an open-source platform, has widespread support and is the industry standard for managing cloud resources. Containerisation is ideal for cloud-native applications.

There is a slew of popular cloud-native resources to go along with Kubernetes. All of this means that technology and tooling are becoming more standardised. This, along with an open-source model, drives down costs. Enhanced cloud-native capabilities such as Serverless allows you to run dynamic workloads and pay for your computing time on a pay-per-use basis.

Cloud-native has several alternatives to make infrastructure management natural and comfortable. It started with PaaS platforms like Heroku and App Engine around a decade ago and has since grown to include serverless platforms like Azure Functions and AWS Lambda.

Serverless computing systems enable you to upload code in the form of functions. The application then executes for you, eliminating the need to worry about provisioning cloud instances, configuring networking, or allocating enough storage.

The days of legacy vendors issuing three-year locked-in licenses for proprietary hardware and software are long gone. Hybrid and multi-cloud are now the standards, thanks to the proliferation of open source and cloud technology.

In most cases, businesses combine an on-premise data centre with at least one public cloud network. And within cloud providers, the discussion has progressed to enabling cloud portability, so you’re no longer tied to a single provider.

Another cloud-native benefit is speed, as the arduous task of fulfilling all regulatory criteria in a limited period becomes feasible for companies using a cloud-native approach.

It not only speeds up the development process but enhances the software development lifecycle by addressing problems such as bugs and slow loading speeds.

The cloud-native architecture allows for scalable development without disrupting the application as a whole. As a result, variable costs are managed, and a growing consumer base is supported.

If you prepared to develop cloud-native applications, be prepared to accept changes across the entire project lifecycle, from conception to coding to testing to application implementation.

But be rest-assured that Cloud-native technologies will help you evolve faster and respond to market events with greater agility in today’s fast-paced business setting.