The History Of DNA Sequencing and Its Importance In Life Forms

Calvin Wellborn January 18, 2023 Education Comments Off on The History Of DNA Sequencing and Its Importance In Life Forms

The structure of DNA consists of twisted double strands of nucleotides joined together in a chain by hydrogen bonds.

What Is DNA Sequencing?

DNA sequencing is a scientific process that determines the sequence of the basic units of DNA molecules, the nucleic acids. The sequence of the nucleic acids provides information on the arrangement of nucleotides bases in a fragment of DNA strand. For comprehensive information on DNA sequencing.
Nucleotides bases found in DNA are; Adenine(A), Cytosine(C), Guanine(G), and Thymine(T).

The order of nucleic acids in DNA strands finds its importance in many different fields of research. However, the extent of DNA sequencing depends on the technology in use. Due to the changes and advancements in modern technology, the techniques of sequencing have also evolved. Advanced tech has made it possible to sequence a whole genome instead of a short nucleotide.

Below is a series of DNA sequencing generations taking you through the changes that have taken place over the years.

In 1953 Watson and Crick produced the first 3-D structure of DNA. However, the ability to sequence the DNA came later in 1977, when the first DNA sequencing technology came into light.

The first DNA sequencing was in the 1970s with different technologies;

Sanger’s method became famousfor the two and involved synthesizing the DNA chains on a template strand. However, the process had drawbacks in that the chain growth would stop once a nucleotide that lacks 3’ OH, hydroxyl group joined the chain. The process produced truncated DNA molecules. The process then involved separating the molecules according to size and charge through electrophoresis, and a computer then decoded the DNA sequence. Click here for more information on DNA sequencing technology.

However, later the method would change, and automatic sequencing machines would separate the truncated DNA molecules by size within glass capillaries. Then lasers would detect the DNA molecules through the laser excitation process.

The pyrosequencing method employed sequence by synthesis technique(SBS) as it required action of DNA polymerase to produce an observable output; in this case, light.

Involves dilution and use of compartments whereby each DNA moleculeare attached to beads and then undergoes water-in-oil emulsification PCR. Each DNA molecule binds to one bead and amplifies in its droplet in the emulsion. The DNA clonally coated beads pass through the picoliter plate, and each bead fits on its washing- well.The process then involves washing the bead-linked enzymes over the picoliter plate. The charged couple device sensors below the wells then measure the amount of pyrophosphate.The amount of pyrophosphate helps determine the sequencing of the molecules.

Parallelization allowed researchers to sequence a whole single genome faster and at a cheaper rate.
Improvement of microfabrication and high-resolution imaging is what made second-generation DNA sequencing a success.

The polymerization of microfabricated nanostructures is called zero-mode waveguides(ZMWs). The polymerization and utilizes the SMRT platform.Laser excitation allows visualization of single fluorophore molecules to the bottom of the ZMWs apertures. This process can sequence single DNA molecules in a short amount of time.

ONT has created exciting nanoplatforms, the GridION and MinION. The MinION is a small USB sequencer generally sold to the end-users with a long read, and it’s faster and cheaper.Nanotechnology provides an opportunity to decentralize sequencing away from the usual environment. The use of nanosequencers is revolutionizing the way of doing sequencing and by who. With nanotechnology in sequencing, portability is high; hence sequencing can be done from anywhere. 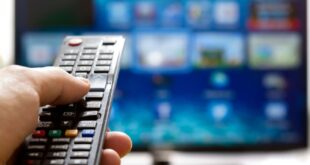