Emmeline Moody October 18, 2021 Entertainment, Gaming, Technology, tips Comments Off on How Are Computer Games Useful for a Child?

Are you tired of the fact that you can’t pull a child out of the virtual space by the ears? In our article we will tell you why you should not rush to take away gadgets and prohibit your children from playing computer games. It turns out that there are many advantages in computer games, as a rule, they relate to the development of skills and the psychological sphere.

Let’s turn to the famous statement of Paracelsus in the popular exposition: “Everything is poison, everything is medicine; both are determined by the dose.” Some parents have a negative experience. Of course, it is impossible to abuse anything. If your child plays games uncontrollably all day, neglecting his/her studies and household duties, there will be no sense. Many other articles have been written about this – and we don’t talk about it in ours. However, everything cannot be so sad and unambiguous, so let’s try to speculate about the advantages that computer games bring to children. With a skillful parental approach and control, they can turn into a benefit for the child, not sleepless nights or an unprepared “homework”. So what does it consist of?

The rules are nothing more than a new system in which the child is introduced from scratch. He has to figure it out (and sometimes translate it from English) – it’s boring to play without understanding what you’re doing. It is also important that it helps the child to accept the “rules of the game”. Unfortunately, it is not easy for some children to psychologically obey their own rules of the game. Because of this, conflicts with peers occur, interest in the game is lost, and there is a desire to sabotage the common cause, interfering with others.

Another advantage of games is that they are aimed at consistent complication, and therefore at motivating achievement. It is not always possible to pass the level the first time, but the child learns to overcome difficulties, trying to cope with the task again and again. Isn’t that a positive character trait? There is a high probability that, faced with a complex mathematical example, he will not immediately raise his “paws up”, resigned to failure, but will look for a solution. The game is a good platform for perseverance and ingenuity, because some games are fraught with hundreds of riddles. You can just complete the game, or you can search for keys and treasures, magic items and artifacts. To get to all of the above, sometimes you have to break your head pretty much. But as a result, for his achievement, the player receives a solid reward in the game and pride in his “skills” (reaction, attention, logic) in reality. If you seriously want to motivate your child, start a success diary.

Concentration of attention develops. It is difficult to imagine that computer games (which seem to many to be an idle pastime) develop the basic function of thinking – attention. The level of involvement in the gameplay is equal to the concentration of attention. You will lose concentration for a moment – minus one life. As an example, you can give games about airplanes or shooting games in which you can not be distracted for a second. Otherwise, the game is over. By the way, such games can be played even on a weak PC.

Incidentally, be sure to pay attention to the variety in the selection of games for logic on the site Match 3 games https://www.manamonster.com/match-3-games.

Although the games do not shine with graphics, they run on any calculator and can be played directly in the browser, without downloading.

There is an interesting category of strategy games. It is logical that the player needs to use strategic thinking to achieve the goal. Such games can make your child a young commander, an elf king, etc. They include an economic component, forcing children to calculate where to get a tree to build a mill, whether there are enough provisions for this month, how much gold is needed to buy the most invincible army (at all costs, orc raids, etc.). And sometimes you need to calculate everything for several characters. Logic is also not bypassed by computer games. A young gamer learns to calculate what consequences this or that reason entails.

Reaction and orientation in space

The ability to make quick decisions and lightning-fast reactions, which are also trained in the process of computer games, will definitely be useful to the child in other areas of his life. For example, “shooting games” or shooters perfectly develop both. To defeat the enemy and not become a target yourself, you need to be more determined and faster than the “ideal” computer. You can also acquire and practice the skill of orientation in space, because in many games you need to move around on maps (and they can be huge).

A computer game is a magical world where you can be anyone: a fairy tale fairy, the king of Spain, a famous football player, an animal, and even an alien. In many games, you have to create a hero yourself, connecting maximum imagination and creativity. Children are very busy today – school, clubs, tutors, etc. They often resemble young adults – tired and exhausted after a hard day’s work, and there is no room for imagination. Meanwhile, imagination is important in a child’s life, because it develops and helps to get used to the world. An unconventional approach to solving a problem is also a skill that allows you to be successful in the game. Sometimes it’s not so easy to get out of the corny room – first you need to solve the riddle, find a secret exit, decipher the hint. To do this, you need to go beyond the usual framework and use your brains. But it is the creative approach that some people lack so much when performing ordinary tasks in the modern world!

So, with all the known disadvantages that we have not touched on in this article, computer games have advantages that you also need to remember. Considering both sides of the coin, without frivolity and excessive demonization, think again whether it is worth prohibiting children from playing computer games, calling them incompetent and harmful killing of time. 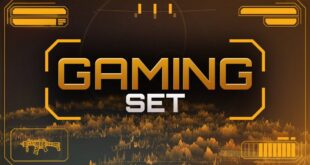 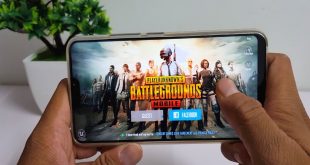 8 Best Smartphones for PUBG Gaming in 2022 Indian web series are some of the best and most desired forms of video entertainment. …